Radley Balko is an award-winning investigative journalist who writes about civil liberties, police, prosecutors, and the broader criminal justice system. He is currently a writer and investigative reporter for the Washington Post. Previously, he was a senior writer and investigative reporter for the Huffington Post, senior editor for Reason magazine, and a policy analyst for the Cato Institute. In 2011, the Los Angeles Press Club named him “Journalist of the Year.” Follow him on twitter: @RadleyBalko 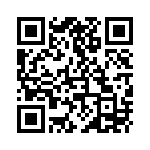