Rivers of Empire is, in my opinion, the most complete story of water in the arid west yet produced. Worster has woven a labyrinth of facts against a background sociological analysis that is at first unbelievable, but in the end, is undeniable. The book strips away the mythology of the west so throughly that for a first time reader it can be the kind of epiphany that reorganizes how they see the world and themselves. The reality of the west as an hydraulic society may be masked by it's manifestation in modern capitalist culture, but when the veil of complexity is lifted, it is clear that the same social relationships which existed from Mesopotamia to Mesoamerica exist today in the American West. This is truly a great book!

Donald Worster, who won the Bancroft Prize for his book Dust Bowl: The Southern Plains in the 1930s (Oxford, 1975), is Hall Distinguished Professor of American History at the University of Kansas. He is also the author of The Ends of the Earth, Nature's Economy: A History of Ecological Ideas, and the forthcoming Under Western Skies: Nature and History in the American West (Oxford, 1992). 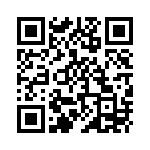