Wendy Mass was born in Livingston, New Jersey on January 17, 1967. She received a B. A. in English from Tufts University. She worked as a book editor at numerous publishing houses in New York City and Connecticut and co-created a teenage literary magazine called Writes of Passage. She has written several nonfiction books for teenagers including Stonehenge, Readings on Night, John Cabot: Early Explorer, and Ray Bradbury: Master of Science Fiction and Fantasy. Her fiction books include Leap Day, Jeremy Fink and the Meaning of Life, Heaven Looks a Lot Like the Mall, Every Soul a Star, 11 Birthdays, Finally, and The Candymakers. A Mango-Shaped Space won the American Library Association Schneider Family Book Award in 2004. She wrote the storyline for an episode of the television show Monk, entitled "Mr. Monk Goes to the Theatre," which aired during the show's second season. 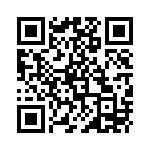