In this thought-provoking and aggressively macabre book, economist Napoleoni (Terror, Incorporated: Tracing the Dollars Behind the Terror Networks) details the greed and venality of corporations (and ... Ler crķtica na ķntegra

Pįgina 28 - Commerce and manufactures can seldom flourish long in any state which does not enjoy a regular administration of justice, in which the people do not feel themselves secure in the possession of their property...
Aparece em 48 livros desde 1811-2008
Pįgina 31 - I place economy among the first and most Important virtues, and public debt as the greatest of dangers to be feared...
Aparece em 64 livros desde 1912-2008

A woman of the Left who garners praise from Noam Chomsky and Greg Palast at the same time as she is quoted respectfully in Forbes and the Wall Street Journal, LORETTA NAPOLEONI was born in 1955 in Rome. In the mid 1970s she became an active member of the feminist movement in Italy, and later studied as a Fulbright Scholar at Johns Hopkins University’s Paul H. Nitze School of Advanced International Studies in Washington, D.C. She began her career as an economist, and went on to work as London correspondent and columnist for La Stampa, La Repubblica and La Paīs. Napoleoni is the author of the international bestsellers Rogue Economics: Capitalism’s New Reality and Terror Incorporated: Tracing the Money Behind Global Terrorism. She has served as the Chairman of the countering terrorism financing group for the Club de Madrid, and lectures regularly around the world on economics, money laundering and terrorism. Napoleoni lives in London and Montana. 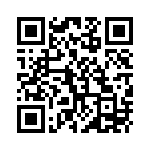