This guy looks like a butthurt Russian apologist. He acts like involvement in Korea, Germany and Europe were bad. The US was stopping the Communist Russian colonizers and occupiers from conquering Europe and Korea. Blum says the US wanted to deter a "supposed Soviet threat". Of course the Soviets were aggressors and imperialists. They occupied half of Europe and wanted to conquer the world to create a Communist Empire.
When he talks about Europe and Korea he tries his hardest to list the things the US did that were not good there, and ignores the heroic moves the US made to save them from being enslaved and destroyed by the Soviets. Look at the hellholes the Russians turned North Korea and Afghanistan into.
He gives a list of countries that the US meddled into (some were heroic moves to liberate them like in Korea and Kuwait) and says that they were countries that the US "bombed". This guy is a troll. Some stupid Russian butt-licker who wants to make all the times the US was involved abroad (some were heroic moves) look like they were all for the worst. I guess this idiot supports North Korea and the Soviets? Why doesn't he support the Nazis too then?

Rogue State should be required reading for all Americans, especially those who want to know what their government is doing, often secretly, in their name.

William Blum left the State Department in 1967, abandoning his aspiration of becoming a Foreign Service Officer because of his opposition to what the US was doing in Vietnam. He then became a founder and editor of the Washington Free Press, the first 'alternative' newspaper in the capital. Mr Blum has been a freelance journalist in the US, Europe and South America. His stay in Chile in 1972-3, writing about the Allende government's 'socialist experiment', and then its tragic overthrow in a CIA-designed coup, instilled in him a personal involvement and an even more heightened interest in what his government was doing in various corners of the world. He is the author of 'Killing Hope: US Military and CIA Interventions Since World War II'. 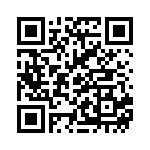