I just loved it as a Christian and as a History freak. Based on extensive exploration of oral History and other records from slaves, slaveholders and observers of slavery in the US, what began as an ... Read full review

In this massive work, Genovese uses Marxist categories to analyze the world the slaves created for themselves in the Old South. His theme, which is documented by intensive examination of primary ... Read full review

Eugene D. Genovese was the author of several books, including Roll, Jordan, Roll, for which he won the Bancroft Prize; The Southern Tradition; and The Southern Front. Genovese was known for his Marxist perspective in regards to the study of power, class, and race relations in during plantation life in the old south. Genovese passed away in 2012. 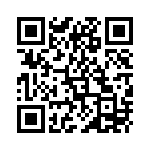