Paul Zanker is a professor of the history of ancient art at the Scuole Normale Superiore in Pisa, Italy. He is the author of The Power of Images in the Age of Augustus(University of Michigan Press, 1990), Mask of Socrates: The Image of the Intellectual in Antiquity (University of California Press, 1996), and Pompeii: Public and Private Life (Harvard University Press, 1999). 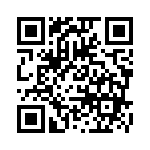