Though I taught Flannery O’Connor stories as the best ever written, Wharton’s title story here competes, with the greatest ending ever. (Must avoid spoiler.) Roman fever was the warning of ... Read full review

This book was a wonderful smorgasbord of delicious tidbits. I'm a fan of Edith Wharton, but I loved this collection of her short stories even more than I do the novels of hers I've read. Every story ... Read full review

America's most famous woman of letters, and the first woman to win the Pulitzer Prize, Edith Wharton was born into one of the last "leisured class" families in New York City, as she put it, in 1862. Educated privately, she was married to Edward Wharton in 1885, and for the next few years, they spent their time in the high society of Newport (Rhode Island), then Lenox (Massachusetts) and Europe. It was in Europe that Wharton first met Henry James, who was to have a profound and lasting influence on her life and work. Wharton's first published book was a work of nonfiction, in collaboration with Ogden Codman, The Decoration of Houses (1897), but from early on, her marriage had been a source of distress, and she was advised by her doctor to write fiction to relieve her nervous tension. Wharton's first short stories appeared in Scribner's Magazine, and though she published several volumes of fiction around the turn of the century, including The Greater Inclination (1899), The Touchstone (1900), Crucial Instances (1901), The Valley of Decision (1902), Sanctuary (1903), and The Descent of Man and Other Stories (1904), it wasn't until 1905, with the publication of the bestselling The House of Mirth, that she was recognized as one of the most important novelists of her time for her keen social insight and subtle sense of satire. In 1906, Wharton visited Paris, which inspired Madame de Treymes (1907), and made her home there in 1907, finally divorcing her husband in 1912. The years before the outbreak of World War I represent the core of her artistic achievement, when Ethan Frome (1911), The Reef (1912), and The Custom of the Country (1913) were published. During the war, she remained in France organizing relief for Belgian refugees, for which she was later awarded the Legion of Honor. She also wrote two novels about the war, The Marne (1918) and A Son at the Front (1923), and continued, in France, to write about New England and the Newport society she had known so well in Summer (1917), the companion to Ethan Frome, and The Age of Innocence (1920), for which she won the Pulitzer Prize. Wharton died in France in 1937. Her other works include Old New York (1924), The Mother's Recompense (1925), The Writing of Fiction (1925), The Children (1928), Hudson River Bracketed (1929), and her autobiography, A Backward Glance (1934). 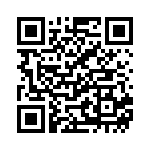