Professor Flower argues for a new periodization of Roman Republican history. Her point is that we too often view the Roman Republic as unchanging until the failure of the 1st century BC, but the ... Read full review

Harriet I. Flower is professor of classics at Princeton University. She is the author of The Art of Forgetting: Disgrace and Oblivion in Roman Political Culture and Ancestor Masks and Aristocratic Power in Roman Culture, and she is the editor of The Cambridge Companion to the Roman Republic. 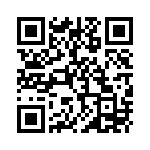