Claude McKay (1889-1948), born Festus Claudius McKay, is widely regarded as one of the most important literary and political writers of the interwar period and the Harlem Renaissance. Born in Jamaica, he moved to the United States in 1912 to study at the Tuskegee Institute. In 1928, he published his most famous novel, Home to Harlem, which won the Harmon Gold Award for Literature. He also published two other novels Banjo and Banana Bottom, as well as a collection of short stories, Gingertown, two autobiographical books, A Long Way from Home and My Green Hills of Jamaica, and a work of nonfiction, Harlem: Negro Metropolis. His Selected Poems was published posthumously, and in 1977 he was named the national poet of Jamaica. In 2009, his lost manuscript for the 1930s novel Amiable with Big Teeth was discovered among the archived papers of Samuel Roth at Columbia University, and was published for the first time in 2017 by Penguin Classics.

Gary Edward Holcomb is the author of Claude McKay, Code Name Sasha: Queer Black Marxism and the Harlem Renaissance (2007) and is the coeditor of Hemingway and the Black Renaissance (2012).

William J. Maxwell is the author of the American Book Award-winning F.B. Eyes: How J. Edgar Hoover's Ghostreaders Framed African American Literature (2015) and New Negro, Old Left: African-American Writing and Communism Between the Wars (1999). He is the editor of the first-ever edition of McKay's Complete Poems (2004) and of James Baldwin: The FBI File (2017). 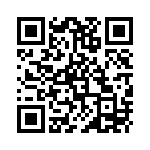