J. Robert Barth, S.J., is the James P. McIntyre Professor of English at Boston College. He is the author or editor of numerous books, including The Fountain Light: Studies in Romanticism and Religion; Coleridge and the Power of Love; and The Symbolic Imagination: Coleridge and the Romantic Tradition. 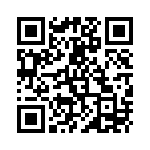