Roger N. Rosenberg, MD is a graduate of Northwestern University Medical School, With Distinction, and was subsequently trained in Neurology with H. Houston Merritt, MD at the Neurological Institute, Columbia University, New York, was Chief Resident and then was a Post-Doctoral Fellow with Nobel Laureate Marshall Nirenberg at the NIH in the Laboratory of Biochemical Genetics. He is Board Certified by the American Board of Psychiatry and Neurology. He is holder of the Zale Distinguished Chair and Professor of Neurology and Neurotherapeutics at the University of Texas Southwestern Medical Center at Dallas since 1973 and developed the department for 18 years as Chair from 1973-1991.
He described for the first time in 1975 Machado Joseph disease, an autosomal dominant cerebellar degeneration, which produces imbalance and impaired coordination, and showed it was due to a unique expansion of DNA in the causal gene. It is the most common inherited form of impaired coordination in the world and his research has provided a genetic marker to eliminate it in large families in future generations.
He has served as the Founding Director of the UT Southwestern NIH funded Alzheimer’s Disease Center and Principal Investigator of the NIH Center Grant from 1987-2019.
He directs an active laboratory effort in Alzheimer’s Disease. He is developing a DNA Aß42 trimer vaccine for Alzheimer's disease for which he was awarded a US Patent "Amyloid Beta Gene Vaccines" in January 2009. It has been tested in mouse, transgenic mouse, New Zealand white rabbits and rhesus monkeys. The vaccine produces effective anti-Aß42 peptide antibody levels and is non-inflammatory in all three species. The vaccine reduces by 40% Aß42 peptide and by 50% tau and phospho-tau in the brains of 3X AD Tg mice, the two main pathologies of Alzheimer’s disease, with high levels of anti-Aß42 antibody and with a non-inflammatory immune response. He is preparing now a Phase 1 Clinical trial Grant - First in Human to determine its effectiveness and safety in human subjects.
He has published 297 original scientific articles, chapters, reviews, and editorials.
He served as Editor in Chief from 1997 through 2017 for JAMA Neurology (formerly Archives of Neurology), a major international neurology journal, published by the American Medical Association. During his tenure, he raised the Impact Factor of the journal from 3.0 to 10.2, placing JAMA Neurology as #1 of all US publications in neurology.
He is the founding editor of two of the landmark texts in neuroscience. Rosenberg’s Molecular and Genetic Basis of Neurological and Psychiatric Disease, 5th edition, published in 2015 by Elsevier. The 6th edition will publish in 2020. The Atlas of Clinical Neurology, 4th edition, has just been published.
He is a former President of the American Academy of Neurology, former Vice-President of the American Neurological Association, an Honorary Member of both organizations, and a Fellow of the American Association for the Advancement of Science. He received the first Science Medal in 2009 from the World Federation of Neurology for his contributions to neuro-genetics, for his original clinical and molecular genetics research on Machado-Joseph disease, and the development of the DNA Abeta42 trimer vaccine for Alzheimer’s disease.

Juan M. Pascual, M.D., Ph.D., is the inaugural holder of The Once Upon a Time Foundation Professorship in Pediatric Neurologic Diseases and also holds the Ed and Sue Rose Distinguished Professorship in Neurology.

As a clinician, Dr. Pascual specializes in genetic and metabolic diseases of the nervous and neuromuscular systems of infants, children, and adults with a particular emphasis on complex diagnostic problems, second opinions for patients visiting from the rest of the U.S. and abroad, and in clinical trials. Dr. Pascual has special clinical research expertise in undiagnosed and rare diseases, glucose metabolism, mitochondrial, degenerative, and multi-organ disorders.

Dr. Pascual is a tenured faculty member in four Departments at UT Southwestern Medical Center: Neurology and Neurotherapeutics, Physiology, Pediatrics, and the Eugene McDermott Center for Human Growth & Development / Center for Human Genetics. He is also Director of the Rare Brain Disorders Program (Clinic and Laboratory). He is also a member of the Division of Pediatric Neurology, of the graduate Ph.D. programs in Neuroscience and Integrative Biology, and of the postgraduate clinical training programs in Neurology, Pediatric Neurology, Pediatrics, and Medical Genetics. He teaches at UT Southwestern Medical School.

In addition, Dr. Pascual is an adjunct professor in the Department of Biological Sciences at the School of Natural Sciences and Mathematics, The University of Texas at Dallas.

Dr. Pascual directs a highly collaborative research laboratory and is credentialed campus-wide at Children's Medical Center Dallas, UT Southwestern University Hospitals and Clinics, and Parkland Memorial Hospital, where he consults on inpatients and outpatients with particularly complex or severe diseases. Much of his research is funded by the National Institutes of Health.

Dr. Pascual received his M.D. degree with unique distinction from the Universidad de Granada, Spain, one of the oldest universities in the world, founded in 1349 by Yusuf I, Sultan of Granada and one of the builders of the Alhambra. He received his Ph.D. degree in Molecular Physiology and Biophysics from Baylor College of Medicine in Houston, Texas, under Arthur M. Brown, M.D., Ph.D., McCollum Professor and Chair. His postdoctoral research was conducted under Arthur Karlin, Ph.D., Higgins Professor and Director of the Center for Molecular Recognition, College of Physicians and Surgeons of Columbia University and, later, at the Colleen Giblin Research Laboratories for Pediatric Neurology at the same institution under a Neurological Sciences Academic Development Award from the National Institute of Neurological Disorders and Stroke. He also received residency training in Pediatrics at Washington University School of Medicine - St. Louis Children's Hospital and in Neurology and Pediatric Neurology at the Neurological Institute of New York - Columbia University Medical Center. He received certification in Neurology with Special Qualification in Child Neurology from the American Board of Psychiatry and Neurology.

As one of few actively practicing pediatric neurologists in the nation who is also a laboratory scientist, Dr. Pascual is interested in the molecular mechanisms that cause inherited metabolic and excitability disorders using electrophysiology and nuclear magnetic resonance (MRI) both in human subjects and in models of human diseases. His laboratory is located in the newest biomedical research building (NL) at UT Southwestern and is an integral part of the Department of Neurology and Neurotherapeutics. The laboratory is home to scientists from very broad backgrounds and levels of training and expertise who have joined efforts to endow both pediatric neurology and human developmental neuroscience with a strong scientific basis.

Dr. Pascual has co-authored over two dozen scientific, medical and philosophical textbooks. He is the editor, together with Dr. Roger Rosenberg, of Rosenberg's Molecular and Genetic Basis of Neurological and Psychiatric Disease (5th and 6th editions, Academic Press). His textbook Progressive Brain Disorders in Childhood (Cambridge University Press) was published in 2017. He is working on a new book, provisionally entitled Sense & Nonsense in Medical Neuroscience: Inference & Fallacy, to be published by Cambridge University Press.

An avid reader and speaker, Dr. Pascual is also interested in the philosophy of mind. He is particularly concerned with the proper study of the human condition. Thus, he is a critic of errors commonly made by cognitive neuroscientists. As a research and clinical neurogeneticist, he has also grown disillusioned with the current simplistic overreliance on genes as an explanation of biology or disease.
Dr. Pascual has no interest in - nor is he sponsored by - any business that conducts medical research or lobbies for financial gain. 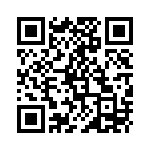