This book describes the unique life one of the first black gold miners in Alaska in a poignant and historically informative story. In addition to being an interesting life story, there's tons of information in here for anyone interested in Alaskan (and American) history, and it's meticulously well referenced!

Great to find out more information on one my relatives
Life in Alaska .....during the early 1900s

Margaret F. Merritt, Ph.D. is a scientist, author, public speaker, and outdoorswoman. She attended the University of California, Utah State University, and earned a Ph.D. from the University of Alaska. After decades of writing and publishing in the scientific literature, she has recently focused her research and writing on historical biographies. She has lived in Alaska since 1977. "I like to bring forward stories of seemingly ordinary people who, like most of us, have flaws yet show remarkable characteristics that inspire us. I write to entertain, educate, and encourage the reader's thoughtful reflection on past issues that remain relevant today. 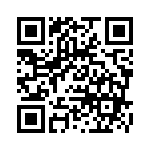