This is a biography of a black baseball pitcher who was the founder and president of the Negro National League. I was interested in reading about Foster, but this was not the book for me to read about ... Read full review

This book is more collection of newspaper articles of the time, than an actual traditional biography. The author is a SABR researcher and that fact is very clear. The original sources he has come up ... Read full review

Noted Negro League historian Larry Lester is the author of eight books and contributor to more then 175 books, theses, and articles on black sports history. He is a Negro Leagues Baseball Museum co-founder and has long served as chairman of the SABR Negro Leagues Committee. Since 1998, he has organized the annual Jerry Malloy Negro League Conference, the only scholarly gathering devoted to the history of black baseball. Lester was a 2016 recipient of SABR’s Henry Chadwick Award, honoring baseball’s greatest researchers, and a year later received the Bob Davids Award, SABR’s highest honor. He lives in Kansas City, Missouri. 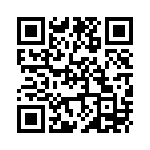