RUN TO FAILURE: BP and the Making of the Deepwater Horizon Disaster

The Deepwater Horizon tragedy wasn't an accident after all, but the logical result of a long pattern of incompetence and corruption.So charges ProPublica environmental reporter Lustgarten (China's ... Read full review

Abrahm Lustgraten is a senior environmental reporter for ProPublica, with a focus at the intersection of business, climate and energy. His 2015 series examining the causes of water scarcity in the American west, Killing the Colorado, was a finalist for the 2016 Pulitzer Prize for National Reporting. He lives in Brooklyn, New York. 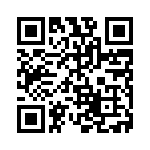