Ralph W. Mathisen received his Master's degree in Classical Languages and PhD degree in Ancient History from the University of Wisconsin. He is currently Louise Fry Scudder Professor of Humanities at the University of South Carolina, where he serves as Director of the Bibliographical Database for Late Antiquity Project, Editor of the Late Antiquity Newsletter, administrator of the LT_ANTIQ and NUMISM-L discussion lists, and teaches Ancient and Byzantine History. He is the author of numerous articles and several books relating to Late Antiquity. 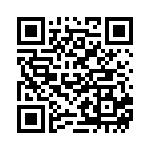