Sounds like a rather interesting book. If you could make it publically avaliable for all people's-- especially those of us who do not have internet access daily that would be much appreciated. Thank you.

Sheila Fitzpatrick is an Australian historian, born in 1941 in Melbourne Australia. She earned her BA from the University of Melbourne and received her PhD from St Antony's College, Oxford University. She is the a Professor in the Department of History at the University of Sydney, and Emerita Distinguished Service Professor at the University of Chicago. She is the author of numerous books, articles, and book reviews. Her first book was The Commissariat of Enlightenment: Soviet organization of education and the arts under Lunacharsky, 1917-1921 (1970). Her recent work includes My Father's Daughter (2010), A Spy in the Archives (2013), and On Stalin's Team: The Years of Living Dangerously in Soviet Politics. Princeton University Press (2015) for which she was a joint winner of the Prime Minister's Literary Awards 2016, Nonfiction. 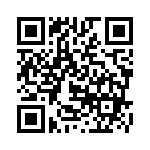