Jane Burbank is Professor of History and Russian and Slavic Studies at New York University. She is author of Intelligentsia and Revolution: Russian Views of Bolshevism, 1917--1922 and co-editor (with David L. Ransel) of Imperial Russia: New Histories for the Empire (IUP, 1998). 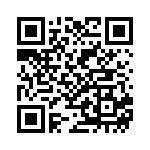