Sandra E. Greene is Associate Professor of African History at Cornell University. She is author of Gender, Ethnicity, and Social Change on the Upper Slave Coast: A History of the Anlo-Ewe and is working on a book on religion in the Atlantic slave trade. She is past-president of the African Studies Association. 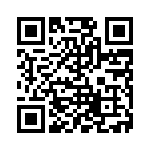