Hilary Donald Thimmesh, OSB, is a native Minnesotan who became a monk of Saint John's Abbey in 1947. He was ordained priest in 1954, gained a doctorate in English from Cornell University in 1963, and taught courses in Chaucer and Shakespeare intermittently with administrative appointments until 2009. He currently heads the Benedictine Institute of Saint John's University. 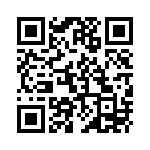