Issachar Ben-Ami is a senior researcher and lecturer in the department of Jewish and Comparative Folklore at the Hebrew University of Jerusalem. He received his Ph.D. from Georg-August University in G6ttingen, Germany, and is the author of several books including Moroccan Jewry: Ethno-Cultural Studies (Hebrew and French); Jewish Holy Men of Morocco and Their Miracles (Hebrew); and Thousand and One Jewish Proverbs from Morocco (Hebrew). 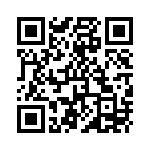