Chris is still wearing his 12 foot long scarf (seasonally of course) and is not eating as much Cadbury Royal Dark Chocolate as he used to. Also the local cows are having a slight downturn in production. Just in case you see him walking in Salem, he will gladly pay you on Thursday for a chocolate bar today, and some milk too! If you are a good hearted person, you will never see him on any given Thursday...

This is Chris’s 8th illustrated book. He has won three Mass Cultural Grants for his Salem Trilogy. Plus he has written Salem Secret Underground: The History of the Tunnels in the City. Based on the excitement from the book he gives tours of the tunnels’ route through town along with their history on the Salem Tunnel Tour.  www.salemtunneltour.com

Tune in later this year to see what story  Mr. Dowgin will have in store for us! Same bat channel! Same bat time! 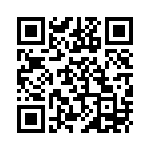