Ross Woodman is a professor emeritus in the Department of English at the University of Western Ontario.

Joel Faflak is Professor in the Department of English and Writing Studies and Director of the School for Advanced Studies in the Arts and Humanities at Western University. 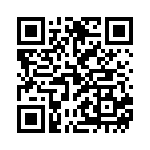