Moshe Idel is Max Cooper Professor of Jewish Thought at the Hebrew University of Jerusalem, Israel, and Senior Research Fellow at the Shalom Hartman Institute, Israel. He is an expert in Kabbalah and has been a recipient of the prestigious Israel Prize for excellence in the field of Jewish Philosophy. 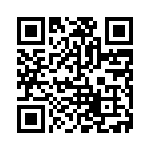