In this fictionalized account of a mother's death from Alzheimer's disease told from the perspective of a son, Ignatieff (Asya, LJ 9/15/91) examines the relationships between life, consciousness ... Llegeix la ressenya completa

Michael Ignatieff, born in Toronto in 1947. But at the age of 11, Ignatieff was sent to Toronto to attend Upper Canada College as a boarder in 1959. At UCC, Ignatieff was elected a school prefect as Head of Wedd's House, was the captain of the varsity soccer team, and served as editor-in-chief of the school's yearbook. As well, Ignatieff volunteered for the Liberal Party during the 1965 federal election by canvassing the York South riding. He resumed his work for the Liberal Party in 1968, as a national youth organizer and party delegate for the Pierre Elliott Trudeau party leadership campaign. He then went on to continue his education at the University of Toronto and Harvard and Cambridge universities. In 1976, Ignatieff completed his Ph.D in History at Harvard University. He was granted a Cambridge M.A. by incorporation in 1978 on taking up a fellowship at King's College there. Michael Ignatieff has written television programs for the BBC, novels, and works of nonfiction. He has also authored essays and reviews for several publications including The New York Times. From 1990-93, he wrote a weekly column on international affairs for The Observer. His family memoir, The Russian Album, received Canada's Governor General Award in 1988. His second novel, Scar Tissue, was short-listed for the Booker Prize in 1993. Other nonfiction works include A Just Measure of Pain, the Penitentiary in the Industrial Revolution and the Warrior's Honor: Ethic War and the Modern Conscience. 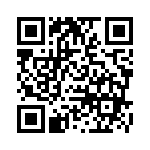