Angelica Kate writes contemporary romances with strong characters and inspiration to keep the readers coming back for more. She is a lifetime scribbler who has been journaling since an early age and finally parlayed that into more structured storytelling. Angelica loves strong female leads and the men that adore them, despite their scars and baggage. When not writing, she spends time on Florida's sunny shores near her home in Sarasota, FL, with her puppies Tesla and Harley Quinn, her daughters, and a host of kooky amazing friends.

HAPPY READING AND CHASING HAPPINESS WHEREVER YOU CHOOSE TO FIND IT!! 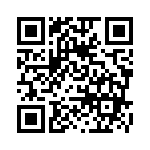