Brad Schoenfeld, PhD, CSCS, CSPS, FNSCA, is widely regarded as one of the leading strength and fitness experts in the United States. The 2011 NSCA Personal Trainer of the Year is a lifetime drug-free bodybuilder who has won numerous natural bodybuilding titles, including the All-Natural Physique and Power Conference (ANPPC) Tri-State Naturals and USA Mixed Pairs crowns. As a personal trainer, Schoenfeld has worked with numerous elite-level physique athletes, including many top pros. Also, he was elected to the National Strength and Conditioning Association's Board of Directors in 2012.

Schoenfeld is the author of multiple consumer-oriented fitness books, including The M.A.X. Muscle Plan and Strong and Sculpted (formerly Sculpting Her Body Perfect). He is a regular columnist for Muscular Development magazine, has been published or featured in virtually every major fitness magazine (including Muscle and Fitness, MuscleMag, Ironman, Oxygen, and Shape), and has appeared on hundreds of television shows and radio programs across the United States.

Schoenfeld earned his PhD in health promotion and wellness at Rocky Mountain University, where his research focused on elucidating the mechanisms of muscle hypertrophy and their application to resistance training. He has published more than 80 peer-reviewed scientific papers and serves on the editorial advisory boards for several journals, including the Journal of Strength and Conditioning Research and Journal of the International Society of Sports Nutrition. He is an assistant professor of exercise science at Lehman College in the Bronx, New York, and heads their human performance laboratory. 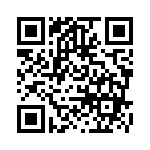