Born in Poland, Jacob Bronowski moved to England at the age of 12. He received a scholarship to study mathematics at Cambridge University, where he earned a Ph.D. in 1933. At Cambridge, Bronowski edited a literary magazine and wrote verse. He served as lecturer at University College in Hull before joining the government service in 1942. During World War II Bronowski participated in military research. He pioneered developments in operations research, which enhanced the effectiveness of Allied bombing raids. After viewing the ruins of Hiroshima and Nagasaki in 1945, Bronowski refused to continue military research and became involved with the ethical and technological issues related to science. When he wrote a report on the devastating effects of the atomic bomb, the experience became critical to his career as an author. The report was eventually incorporated in his book Science and Human Values (1965). After World War II Bronowski joined the Ministry of Works, assuming several government posts concerned with research in power resources. In 1964 he came to the United States and served as senior fellow (1964-70) and then director (1970-74) of the Council for Biology in Human Affairs at the Salk Institute for Biological Studies in La Jolla, California. He taught and lectured at several American universities, including MIT, Columbia University, and Yale. Until his death, Bronowski remained a resident fellow at the Salk Institute. Bronowski's writing career can be divided into two periods. Prior to World War II, he wrote mathematical papers, poetry, and literary criticism. After the war, Bronowski wrote mainly about scientific values, science as a humanistic enterprise, language, and creativity. In 1973 Bronowski's acclaimed 13-part BBC television series titled The Ascent of Man chronicled attempts to understand and control nature from antiquity to the present. The series called for a democracy of intellect in which "knowledge sits in the homes and heads of people with no ambition to control others, and not up in the isolated seats of power." Neither naive nor utopian, Bronowski remained a consistent optimist and defender of science. In A Sense of the Future (1977), Bronowski states that, as science becomes increasingly preoccupied with relations and arrangement, it too becomes engaged in the search for structure that typifies modern art. He believed that self-knowledge brings together the experience of the arts and the explanations of science. 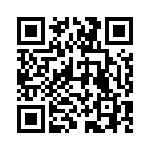