Everett F. Bleiler, an authority on early science-fiction, is the author of Science-Fiction: The Early Years (Kent State University Press, 1990) and The Guide to SupernaturalFiction (Kent State University Press, 1983) and editor of Science Fiction Writers and Supernatural fiction Writers. He has been awarded the World Fantasy Award and the World Science Fiction President's Award. 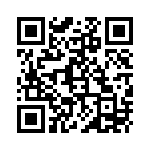