Anne Houtman, PhD, is Professor and Head of the School of Life Sciences at Rochester Institute of Technology, which includes programs in Environmental and Biological Sciences. Her research interests are in the behavioral ecology of birds, and currently research in her laboratory focuses on the ecology and evolution of hummingbird song. She also has an active research program in science pedagogy. Anne received her doctorate in zoology from the University of Oxford and conducted postdoctoral research at the University of Toronto.

Susan Karr, MS, is an Instructor in the Biology Department of Carson-Newman College in Jefferson City, Tennessee, and has been teaching for over 15 years. She has served on campus and community environmental sustainability groups and helps produce an annual “State of the Environment” report on the environmental health of her county. In addition to teaching non-majors courses in environmental science and human biology, she teaches an upper-level course in animal behavior where she and her students train dogs from the local animal shelter in a program that improves the animals’ chances of adoption. She received degrees in Animal Behavior and Forestry from the University of Georgia.

Jeneen Interlandi is a science writer who contributes to Scientific American and The New York Times Magazine. Previously, she spent four years as a staff writer for Newsweek, where she covered health, science, and the environment. In 2009, she received a Kaiser Foundation fellowship for global health reporting and traveled to Europe and Asia to cover outbreaks of drug-resistant tuberculosis. Jeneen has worked as a researcher at both Harvard Medical School and Lamont Doherty Earth Observatory. She holds Masters degrees in Environmental Science and Journalism, both from Columbia University in New York. 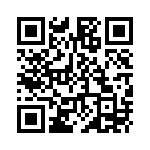