BRADFORD SMITH has been married to his best friend Ami since 2001 and they stay busy raising their nine children together. A West Point graduate, Brad has served on active duty since 1995 including multiple combat tours to Iraq and Afghanistan.In 2007, Brad surrendered to the call to preach and in 2011 he joined the staff of The Way, A Baptist Church in Clarksville, as the Missions Pastor where he continues to serve bi-vocationally. In 2010, Brad and Ami opened the Clarksville Covenant House for teenagers who age out of the foster system and in 2013, Brad graduated from Liberty Theological Seminary with a Masters of Divinity.Once the Army releases him from duty, he plans to plant a new Baptist church and run the Covenant House full time alongside his wife. 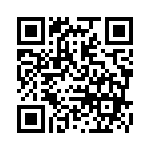