Robert Harris was born in 1957, in Nottingham, England, and educated at Cambridge University. He graduated with an honors degree in English and joined the BBC, working as a researcher and director before becoming the BBC's youngest reporter on "Newsnight" in 1982. In 1987, he left television to become political editor of The Observer before joining the Sunday Times as a weekly columnist in 1989. He has since made several films for British television. Harris is the author of five nonfiction books, three of which have been published in the United States: A Higher Form of Killing (1982), a history of chemical and biological warfare; Gotcha! (1983), a study of how the media covered the Falklands War; and Selling Hitler (1986), the story of the forged Hitler diaries scandal, which was made into a television miniseries. His first novel, Fatherland (1992), was the most successful first novel by a Bri tish author in the past twenty years and was published in 18 countries. He lives near Hungerford, Berkshire with his wife and two children. 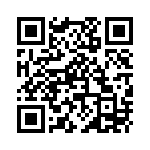