Peter Jeans (Perth, Australia) wrote Ship to Shore: A Dictionary of Everyday Words and Phrases Derived from the Sea. He is an avid writer and sailor. 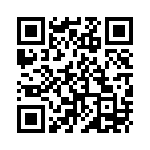