Carnes (history, Barnard Coll., Columbia) has examined the appeal of "secret organizations'' (Freemasons, etc.) and their initiation rituals to Victorian men and has discovered some very interesting ... Read full review 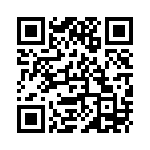