This book is set up in the following manner: He address is a problem, he gives a few examples, suggest ways in which we might fix said problem, then goes on a rant about it. Although there is a lot of ... Read full review

This book was written during President Clinton's first term. It is propaganda for sheep, for bored "ditto-head" men who want to be told that "liberal" is the only evil on the planet of America. It is ... Read full review

Rising from a Top 40 D.J. in the 1960's to what he himself refers to as "the number-one talk-show host in America," Rush H. Limbaugh III is arguably one of the most phenomenal success stories of the 1990's. Combining conservative politics with satirical humor and showmanship, he has built a nationwide audience of loyalists -- proud to label themselves "Dittoheads" -- who revel in his ability to skewer modern liberalism, from animal rights activists to militant vegetarianism and everything in between. He began his career working as a teenager for the radio station in his home town and birthplace, Cape Girardeau, Missouri. His mother, Millie, once said "He didn't start talking until he was two, and then he didn't stop." His communications' abilities took him through jobs as a reporter, newsreader, and professional baseball marketing executive before he found his true calling as a radio talk-show host in Sacramento, CA in 1980. Beginning with his first book, "The Way Things Ought To Be" (1992), Rush Limbaugh's writings espouse the same concept that he promotes in the broadcast media: liberalism is the cause, not the cure, that underlies our nation's problems. His solution is a return to the traditional mainstream American values of his father, attorney Rush Hudson Limbaugh. His Populist approach connected with a large segment of America, for the book quickly reached the top of the New York Times best-seller list. In 1993, he embellished his theme in "See, I Told You So." Undeniably provocative and controversial, Limbaugh has more than his share of critics as well as fans. Yet, even Washington Post Book World reviewer and critic Jon Katz said, "Limbaugh has no desire to be taken seriously by journalists or reviewers." But as more Americans are learning every week, Limbaugh ought to be taken seriously." In 2013 Rush Limbaugh made The New York Times Best Seller List with his title Rush Revere and the Brave Pilgrims: Time-Travel Adventures with Exceptional Americans. Limbaugh also made The New York Times Best Seller List with his title's Rush Revere and the First Patriots: Time-Travel Adventures with Exceptional Americans and Rush Revere and the American Revolution in 2014. 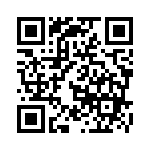