Robert Herrick: August 24, 1591 - October 15, 1674 Robert Herrick is one of the Cavalier poets and the most gifted of the "tribe of Ben", the small band of poets influenced by Ben Jonson. Herrick is considered one of the greatest English songwriters. He published only one volume of verse, an astonishing collection of 1,200 poems known as the Hesperides and Noble Numbers (1648). Although Herrick was an Anglican priest, many of his poems deal with sensual pleasures, stressing the need for carpe diem - to seize the day - since youth and joy pass so quickly. Herrick's verse is intensely musical and reflects classical and Anglican ceremony, English folklore, and timeless myth. He is best known for his short poem, "To Virgins, To Make Much of Time," which begins, "Gather ye rosebuds while ye may," encouraging young people to enjoy themselves while they still can. 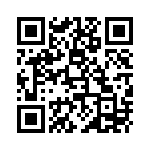