Excellent translations of most of Neruda's best odes to the ordinary: "Ode to Tomatoes," "Ode to My Suit," "Ode to a Pair of Socks," and others. Read full review

Pablo Neruda (1904-1973) was born and died in Chile, but as a member of the diplomatic corps and later as a sort of roving cultural ambassador, he lived in and visited many parts of the world. His first book of poetry was published before he was twenty, and Twenty Love Poems and a Song of Despair, published the following year, made him famous throughout the Spanish-speaking world. Besides the Canto and the Elemental Odes series, the major works of his vast poetic production include Residence on Earth and Estravagario. Jack Schmitt is Professor of Spanish and Portuguese at California State University, Long Beach, and translator of Raul Zurita's Anteparadise (California, 1986). Reviewing Zurita's Anteparadise, critic W. S. Merwin called Schmitt a sensitive, precise, dedicated translator (Los Angeles Times Book Review).Roberto Gonzalez Echevarria is R. Seldon Rose Professor of Spanish, Professor of Comparative Literature, and Chairman of the Department of Spanish at Yale University. Margaret Sayers Peden is Professor Emerita of Spanish at the University of Missouri, Columbia. The author of Emilio Carballidoand editor of The Latin American Short Story, A Critical History, she has translated more than twenty works of fiction, drama, and poetry. 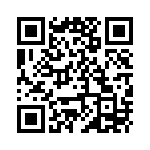