Orley Solomon is the Senior Vice President of Ben Bridge Jeweler, a family-operated company of 75 retail locations, nationally known and respected after being in business some 95 years. Ben Bridge is a multi-million dollar firm which includes over 900 associates in 12 states, including Washington, Oregon, Idaho, California, Alaska, Hawaii, Arizona, Nevada, New Mexico, Colorado, Texas, and Minnesota.Orley directs personnel development and training for the company. He is a nationally recognized authority on training and employee motivation. He frequently speaks to all manner of associations on sales, customer relations, and management, including American Gem Society conclaves in Boston, Anchorage, Honolulu, Phoenix, San Francisco, San Diego, Toronto, New Orleans, and Seattle; as well as to Kiwanis, Rotary, and Chamber of Commerce groups throughout the western United States. Orley has been with Ben Bridge for over 48 years and has been an instrumental part of the firm's phenomenal growth.Orley has developed and authored numerous training programs, including: Living the Good Life, Leadership Training, Creative Selling, Selling with Style and Power, Selling Made Simple, 4 Cs of Selling, Creating the Sale, and The Art of Closing the Sale.Orley has served a variety of civic and charitable organizations including positions as: past president, Northwest chapter of the American Gem Society; past president, Southcenter Rotary Club; past president, Southcenter Merchants Association; and a three-year term on National Board of Directors, American Gem Society. In 1998, he was the recipient of the Robert M. Shipley award, given annually by the AGS.Orley is married to Arlene, his wife of over 58 years, and has two grown children and three grandchildren. Both Orley and Arlene were born and raised in the Pacific Northwest and have a great zest for the Northwest active lifestyle. Orley regularly plays competitive tennis, and counts gemstones as one of his hobbies. He's warmly remembered for his mastery of magic performed during his training seminars and speaking engagements. He exudes a love of the jewelry business, and a deep passion for helping people grow within the company. 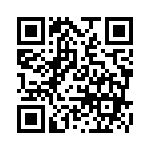