An actor turned playwright and novelist, Nina Lanai Wright is a member of the Dramatists Guild of America, the Society of Children's Book Writers and Illustrators, and Florida Writers Association. Her comedy Cherchez Dave Robicheaux has had four productions to date, including an Equity premiere at Ann Arbor's Performance Network. It was also produced at Sonoma County Repertory Theatre, where it won the SCRipts International New Play Competition, and by Cleveland's Feminist Troupe, Red Hen Productions. Most recently, the playwright directed her own script at a theatre in Toledo, Ohio. 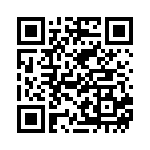