HARVEY E. GOLDBERG is Professor of Anthropology in the Department of Sociology and Anthropology at Hebrew University and author of Jewish Life in Muslim Libya: Rivals and Relatives. 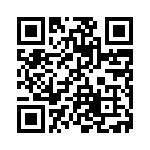