This highly readable narrative by celebrated journalist and historian Horne (The Fall of Paris; A Savage War of Peace: Algeria, 1954-1962) uses an admittedly idiosyncratic organizational scheme to ... Read full review

Alistair Horne is the author of eighteen previous books, including A Savage War of Peace: Algeria 1954—1962, The Price of Glory: Verdun 1916, How Far from Austerlitz?: Napoleon 1805—1815 and the official biography of British prime minister Harold Macmillan. He is a fellow at St. Anthony’s College, Oxford, and lives in Oxfordshire. He was awarded the French Légion d’Honneur in 1993 and received a knighthood in 2003 for his work on French history. 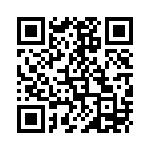