I have been a fan of the Phoenix Suns for many years and when this book came out last year was not able to find it anywhere I looked. It is a splendid read if you are a basketball fan. Very nice ... Read full review

I enjoyed this. But it'd probably be a 2 or 3-star read for non-NBA fans. Read full review

Jack McCallum received a degree in English from Muhlenberg College and a master's degree in English literature from Lehigh University. He was a writer at Sports Illustrated for almost 30 years and is currently a Special Contributor for the publication. In 2005, he was presented with the Curt Gowdy Media Award from the Naismith Memorial Basketball Hall of Fame for excellence in basketball writing. He has written around 10 books including Dream Team, Seven Seconds or Less, Unfinished Business, and The Prostate Monologues. He also co-wrote the novel Foul Lines with L. Jon Wertheim and Bleeding Orange with Jim Boeheim. 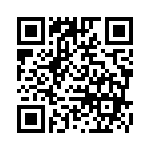