Melissa Hope Ditmore is a post-doctoral fellow at NDRI. She has investigated ethics in research, the effects of police raids on sex workers and trafficked persons, and violence against sex workers. She is an author on the three reports produced by the Sex Workers Project. Melissa Ditmore has written about sex work, migration and trafficking for The Lancet and SIECUS Report. She is a contributor to Trafficking and Prostitution Reconsidered (2005) and The Affective Turn (2007.) Antonia Levy is a member of the PapertigerTV collective and a part-timer organizer for her union, the Professional Staff Congress at CUNY. She has been co-chair of several academic/activist conferences and workshops, including Sex Work Matters: Beyond Divides and the Second Annual Feminist Pedagogy Conference. Alys Willman is a feminist economist specializing in gender, violence and illicit markets. She is the author of What's Money Got to Do With It? (2009) and numerous articles in both academic and grassroots publications. She has produced a documentary Mateando en la Gran Manzana on Argentine immigration to New York. Alys Willman has worked in a dozen countries throughout Latin America with NGOs, the United Nations and the World Bank. She holds a doctorate in Urban and Public Policy from The New School University in New York. 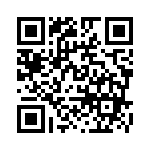