Gary Kent was born on a ranch in Walla Walla, Washington. He attended Renton High School, where he played football, pole vaulted on the track team, was sports editor of the school paper, and starred in school plays. He was majoring in Journalism at the University of Washington,Seattle, when, during the Korean War, he was called to active duty in The Naval Air Corps. Upon honorable discharge, Kent worked as a news reporter in Corpus Christi,Texas and Houston, Texas. He was signed on as the ingenue lead at the Playhouse Theater, in Houston, and thus began a long and varied career in show business. Gary worked in Hollywood for 35 years, as an actor, stuntman, screenwriter and director. He has received numerous awards, including Best Screenplay by a Texas Writer at the Dallas Lone Star Screenplay Competition, and Best Special Stunt in a Motion Picture at the International Stuntman Awards. His writing has been featured in Runner's World, Conversations With Texas Writers, New Texas, and Stricken, the 5,000 Stages of Grief. Four of his screenplays have been made into major motion pictures. He is currently listed in Who's Who In Entertainment. 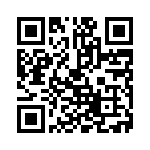