A scholarly, yet not pretentious look at Shakespeare's works as a reflection of human nature. A very good reference work. Read Bloom's take on any play before reading/seeing it, and you will surely get much more out of it. Read full review

Typical Bloom - some extremely insightful and enlightening insights, and some that are completely bizarre and absurd. Good for referencing Shakespeare and for finding interesting bits. I admit that ... Read full review

Harold Bloom was born on July 11, 1930 in New York City. He earned his Bachelor of Arts from Cornell in 1951 and his Doctorate from Yale in 1955. After graduating from Yale, Bloom remained there as a teacher, and was made Sterling Professor of Humanities in 1983. Bloom's theories have changed the way that critics think of literary tradition and has also focused his attentions on history and the Bible. He has written over twenty books and edited countless others. He is one of the most famous critics in the world and considered an expert in many fields. In 2010 he became a founding patron of Ralston College, a new institution in Savannah, Georgia, that focuses on primary texts. His works include Fallen Angels, Till I End My Song: A Gathering of Last Poems, Anatomy of Influence: Literature as a Way of Life and The Shadow of a Great Rock: A Literary Appreciation of The King James Bible. 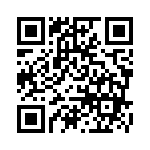