The authors have worked together in the subject area for more than 6 years and both have an extensive background in wireless that goes back more than 20 years. Both have invented a number of key wireless technologies and have been granted a number of patents. Both are contributing authors of the book "Emerging Technologies in Wireless LANs" by Cambridge University Press. Both have been deeply involved in the IEEE 802 Committee that developed many wireless LAN technology standards that have found world-wide application. 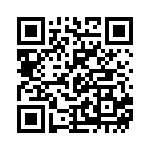