Myra Strober is a labor economist. She is Professor (Emerita) at the Graduate School of Education at Stanford University, and Professor of Economics at Stanford's Graduate School of Business (by courtesy). She is the coauthor of The Road Winds Uphill All the Way: Gender, Work, and Family in the United States and Japan (MIT Press). 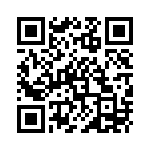