Trevino L. Brings Plenty is a poet and musician who works and writes in Portland, Oregon. He is a singer/songwriter/guitarist for the musical ensemble The Vinos. He is a Lakota Indian, born on the Cheyenne River Sioux Reservation in South Dakota. He has authored several books, including Drinking with the Rocks, Making Out with Shotguns, and Poems Madly Made in Three Days.

Steve Pacheco is Mdewakanton Dakota from the Lower Sioux Indian Community near Morton, Minnesota. He works as an academic and guidance counselor/advocate for high school students from his community.

Joel Waters, an Oglala Sioux, was born on the Rosebud Reservation and was raised there and on the Pine Ridge reservation. He is currently attending the University of South Dakota as an English major. His poetry can be found in the anthologies Genocide of the Mind: New Native American Writing and Eating Fire, Tasting Blood: Breaking the Great Silence of the American Indian Holocaust.

Luke Warm Water was born and raised in Rapid City, South Dakota, and is an Oglala Lakota (Sioux). He was the first spoken-word poet to receive an Archibald Bush Foundation individual artist fellowship in literature. He has won various Poetry Slam competitions from Oregon to Germany. His recent books of poetry include Iktomi's Uprising and On Indian Time.

Adrian C. Louis was born and raised in Nevada and is an enrolled member of the Lovelock Paiute Tribe. From 1984 until 1997, he taught at Oglala Lakota College on the Pine Ridge Reservation. Since 1999 he has been a professor in the Southwest Minnesota State University system. He has written ten books of poems and two works of fiction. His recent collection, Logorrhea, was a finalist for the 2006 Los Angeles Times Book Prize. 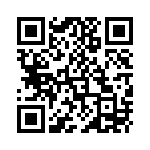