A child of Tsarist Russia and the Russian Revolution, Dmitri Shostakovich was born in St. Petersburg. Throughout his entire life, Shostakovich suffered from the effects of a childhood of malnutrition and disease. Despite such deprivation, he became a composer of powerful and advanced music. After studying music at the Leningrad Conservatory between 1919 and 1925, Shostakovich presented his First Symphony in 1925 to critical acclaim. In subsequent years he wrote 14 more symphonies, always attempting to follow the Communist party prescription to portray "Socialist Realism." For his efforts, however, Shostakovich was alternately reviled and hailed by the leadership of the Soviet Union. On his sixtieth birthday, he was finally honored as a Hero of Socialist Labor. Of his 15 symphonies, only the Fifth Symphony (1937) and the Tenth Symphony (1953) have gained a prominent place in concert repertoires. The Fifth Symphony is a masterpiece of symphonic composition and follows traditional symphonic construction in its movements. In the Tenth Symphony, Shostakovich introduced musical elements that he also incorporated into other compositions, notably the fifth and eighth string quartets and his concertos for violin and cello. Shostakovich wrote ballets, such as The Golden Age (1930). Many of his other works were also choreographed as ballets. He also composed an opera, Lady Macbeth of the District of Mtsensk (1930--32). Although it was condemned by Soviet authorities, who considered it full of "Western decadence," it enjoyed some success outside the Soviet Union. Shostakovich's music is remarkably consistent in style, technique, and emotional content. 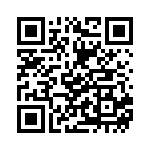