═Nico de Klerk (1956) has a BA in English and a MA in discourse analysis. He is currently a researcher at the Ludwig Boltzmann Institute for History and Society, in Vienna, Austria. Before that he worked for 20 years at the Nederlands Filmmuseum, in Amsterdam, as a film collection researcher, archivist, and curator, where he focused on orphan works, in the sense of works neglected in film archiving and film historiography.

To put such works ║on the map╒ he co-organized and researched the acclaimed Amsterdam Workshops on such pathbreaking topics as early nonfiction film, colors in silent film, colonial and exotic imaging, the program format, and advertising film. In order to safeguard such works he also worked in appraisal projects such as ║Nitrate can╒t wait╒, ║American fiction 1980-2010╒ or ║American documentary 1940-1980╒, ║Film collection of the Dutch Royal Tropical Institute╒ as well as various private or home movie collections, especially those related to Dutch colonial history.

He has curated and presented archival programs in house at the Nederlands Filmmuseum as well as at the archival festivals in Pordenone and Bologna, the biennial Domitor conferences and other events and locations, e.g. Visual Delights (University of Sheffield); Forum des Images, Paris; FIAF (Cartagena, Colombia); and virtually all Orphans Symposiums. At the Nederlands Filmmuseum he curated programs on Raymond Depardon; Cary Grant; Dutch colonial cinema; Ernie Gehr; Péter Forgács; 100 Years of film exhibition, as well as series of documentary and experimental film. He has published widely, as editor, researcher, and archivist in international books and journals. Between 1990 and 2008, he was also a critic for the Dutch film magazine Skrien. Currently, he is on the editorial board of The Moving Image: the Journal of the Association of Moving Image Archivists and Domitor╒s Early Cinema in Review. 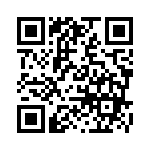